Strathmill isn’t a name you see on the single malt market very often.

Another Diageo-owned blending malt, you’ll find this one in the popular J&B blended Scotch. Known for a delicate flavoured distillate, I’m hoping these two independent bottlings will showcase the distillery character without too much cask influence.

This is a pretty solid old-school style Speyside hoggy malt.

Sweet shop notes with esters and fruit. It’s quite unbalanced and fiery, but a great nose on it. I’d say the cask was a tad too active here with the palate starting off well and gradually cranking up the spices further than I’d like on an unpeated malt.

It’s a good whisky overall, but I wouldn’t buy it.

This is four years older than the Cadenhead’s bottling, but quite a bit paler. I’m hoping the refill cask here has been kinder to the spirit.

A lot in common with the Cadenhead – fruity Speyside character coming through, but different notes and more depth of flavour and complexity. It still has that rising spice, but it’s not as harsh as the 18 and dies down to reveal more flavours on the finish.

Thanks to Andy for this sample!

Finish: Long, tingly and salty with a chewy mouth-coating peat residue, and a little cigarette ash. A touch of soap foam at the very end.

These were £55 but snapped up within about 36 hours of release – sorry, but it’s all gone! 😦 Keep an eye on Whisky Broker’s website, Twitter and Facebook for details of releases. The good ones do tend to go fast. 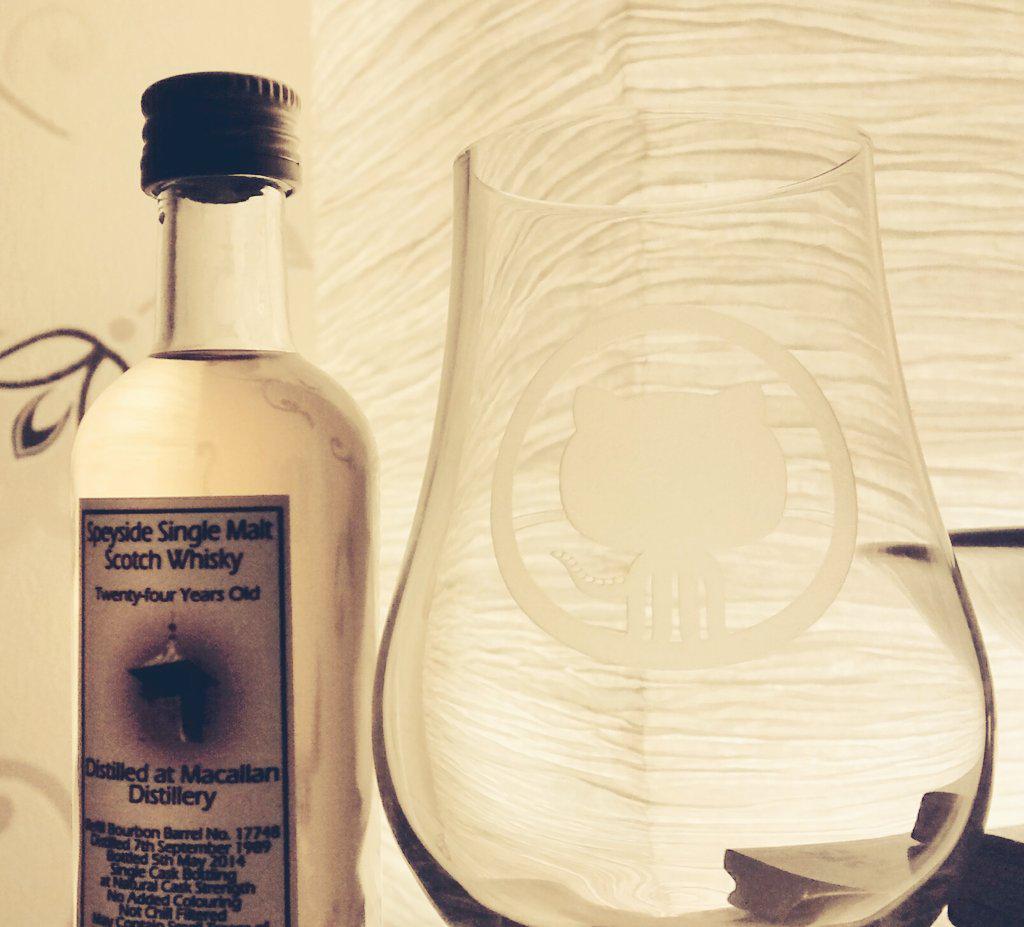 Here’s a little bit of fun! A single cask bottling of Macallan at cask strength from WhiskyBroker.co.uk.

I have to confess that I don’t often drink Macallan. The good stuff’s expensive, and the affordable stuff is… a bit predictable and inoffensive for my taste. So it’s a treat to try a single cask at cask strength, with no smoothing the rough edges or cosmetic tweaking.

Finish: Charcoal and black pepper, becoming bitter at the end.

It’s like a fruity sour mash whiskey. But…. add some water (about 20%) and it transforms completely. The fruitiness is still there but the sour and bitter notes have softened, revealing the underlying malty, cereal notes. Still appley, but much smoother and cleaner.

Maybe it’s just this cask that’s a bit off, or perhaps Macallan really shines at lower ABV than other whiskies – either way, this one’s definitely better at 40% than 49%.

Interesting stuff from the Edrington chaps. People really go mad for sherried Macallan so it’s nice to have a Bourbon cask for a change. Those hallmark apple and pear flavours really shine through, particularly on the nose.