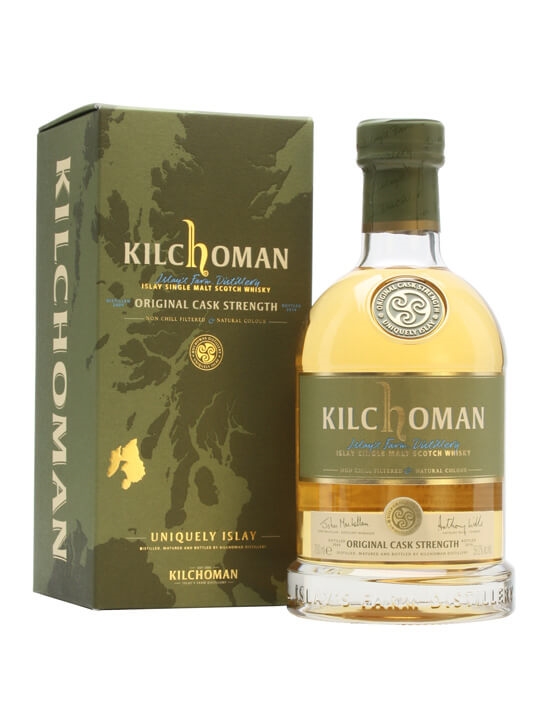 Here’s the fourth dram from the Manchester Whisky Club’s tasting with Kilchoman, the Original Cask Strength.

Finish: Long and warming with savoury smoke, oak, and salt.

This was released October 2014 round about the time of the London Whisky Show. A limited release, this was produced with 35 fresh first fill Bourbon casks and bottled aged five years.

Of all the line-up, this for me is the most typically Islay with that fierce cask strength adding an oily and more-ish quality and some more pronounced coastal notes than the others.